John Wiese is an experimental electronic composer and visual artist from Los Angeles, California. He has performed at major international festivals and toured extensively both as a solo artist and with his band Sissy Spacek. He has had installations of video, sound, and visual art in venues such as Human Resources (Los Angeles), The Getty Center (Los Angeles), The Taut and Tame (Berlin), Tokyo Institute of Technology (Tokyo), and has performed as such festivals as Setouchi Trienniale (Takamatsu), Ina/GRM’s Présences Électronique (Paris), LUFF (Lausanne), Transmediale (Berlin), Adventures In Modern Music (Chicago), and the 52nd Venice Biennale (Venice). He co-curates and art directs Hesse Press, an imprint publishing art books by LA-based artists, as well as operating the label Helicopter since 1998. In addition to his solo work, Wiese is also known for his collaborations with an array of artists including Aaron Dilloway, Drew Daniel of Matmos, T. Mikawa, Hair Stylistics, GX Jupitter-Larsen, Evan Parker, and Smegma. He has toured extensively across Europe, Scandinavia, Australia, the UK and US. In 2014 he received a Rema Hort Mann Foundation Award. 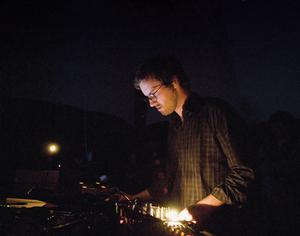