Raub Roy’s ‘Horaflora’ takes liberally of the rich and diverse traditions of new music in order to craft something unique from discrete stylistic tendency. Homemade/found/consumer electroacoustic components are utilized in the production of sound; balloons, toothbrushes, plastic bags, street sweeper bristles, Tesla wands, iPhones, midi controllers, and primitive surround sound systems are all deployed in service to an all-encompassing bricolage. Raub is a member of the LCM/Oakland collective concert series/venue, and founded Weird Ear Records (with partner Dianne Lynn), a record label reveling in disparate forms of experimental music. Their slogan, “The Weird Ear, The Better,” serves as a guideline to the curatorial themes across all of these projects. Raub is from Western Mass. but has lived in the Bay Area since 2007. 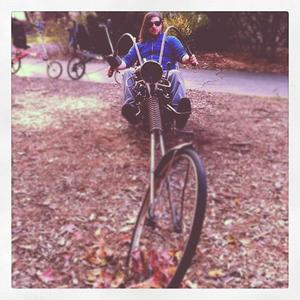