Early electronic music pioneer Éliane Radigue (Paris, France) studied electro-acoustic music at the Studio d’essai at the RTF under the direction of Pierre Schaeffer and Pierre Henry (1957-58). At NYU in 1970-71, her music, its source an Arp synthesizer and recording tape, attracted considerable attention for its sensitive, dappled purity. She was in residence at the studios of the University of Iowa and CalArts in 1973. Becoming a Tibetan Buddhist in 1975, Radigue went into retreat. When she took up her career again in 1979, she continued to work with the Arp, which has become her signature, performing at galleries and museums all over Europe and the U.S. and receiving numerous commissions. Notoriously slow and painstaking in her work, Radigue has produced in the last decade or so one major work every three years. Recently, in response to the demands of musicians worldwide, she has begun creating works for specific performers and instruments together with electronics, as she continues to study the teachings of the Tibetan lamas. wiki/Éliane_Radigue

Laetitia Sonami was born in France and settled in the United States in 1975 to pursue her interest in live electronic music. She studied with Eliane Radigue, Joel Chadabe, Robert Ashley and David Behrman. Sonami’s sound performances, live-°©‐film collaborations and sound installations focus on issues of presence and participation. She has devised new gestural controllers for performance and applies new technologies and appropriated media to achieve an expression of immediacy through sound, place and objects. Best known for her unique instrument, the elbow-°©‐length lady’s glove, which is fitted with an array of sensors tracking the slightest motion of her hand and body, she has performed worldwide and earned substantial international renown. Recent projects include the lady’s web – an uncontrollable controller for live performance, Sound Gates a public sound installation on a 2.5 km pier in Rijeka, Croatia and Sheepwoman , a live film in collaboration with SUE-°©‐C, based on a Murakami novel. Sonami has received numerous awards among which the Herb Alpert Awards in the Arts and the Foundation for Contemporary Performance Awards. She currently is visiting faculty at the San Francisco Art Institute and Bard College. www.sonami.net

OCCAM IX inscribes itself in a larger series of compositions entitled OCCAM OCEAN created by composer Eliane Radigue for, and with instrumentalists and composers. Compositions for harp, violin, viola, bass clarinet, and cello have been created with Rhodri Davis, Carol Robinson, Charles Curtis, amongst others and received critical acclaim. This ninth composition was created with Laetitia Sonami on electronics with an instrument designed for the occasion by Sonami, named the Electronic Spring Spyre.

Sonami originally studied with Radigue in France in 1976. While her music took on a very different expression thru her design of unique controllers and live performance, they both remained vey close. In 2011 Sonami requested Eliane to create a piece for her new instrument. This instrument is made of springs which are being analyzed by neural networks. These “impress” the activity of the mechanical springs onto the sound synthesis in real-time.
Their meetings took place during the winter 2012 in France after which Radigue gave her permission to premiere the piece in the Fall 2013.
The work mode is based on an individual “image” illustrated and evoked within each solo. Each musician is guided by his or her personal “image” This provides the essential, letting descriptive words and evocations establish a system of communication as the piece is being elaborated, and through this intuitive-instinctive process, guides the performer to the very essence of music. The process is akin to oral transmission of ancient traditional music. For Sonami, working with her mentor was a great honor and a moving experience. She was able to bring techniques and experience accumulated through these past 35 years and submit them to Radigue’s unique musical insight and vision. 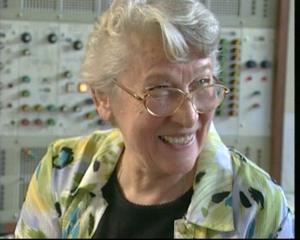 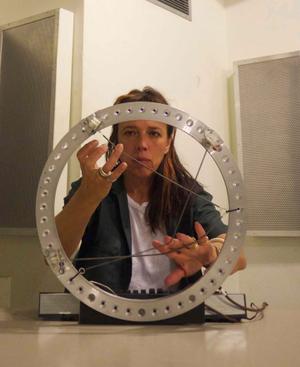 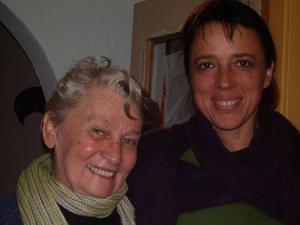