Moe! Staiano is an experimental composer, drummer, percussionist, songwriter songwriter and multi-instrumental performance artist who has been at the forefront of the Bay Area improvisation scene for over a decade and a half. He was a former member of Sleepytime Gorilla Museum and Mute Socialite and formerly conducted under the name collective as
Moe!kestra! (now defunct). His current project, other than the occasional solo percussion gig, is his post-punk project, Surplus 1980, which has two albums out. His cat, Arco, sits on his shoulders as he types this bio. Thank you.
http://www.moestaiano.com

My Frustration of You Elevates to This (2013), is a work loosely based on previous performances by Duo Pisano (Moe! with Alan Anzalone) on audio generators from low frequences to high, with frequencies ebbing off each other, causing painful results to the audience as intended. 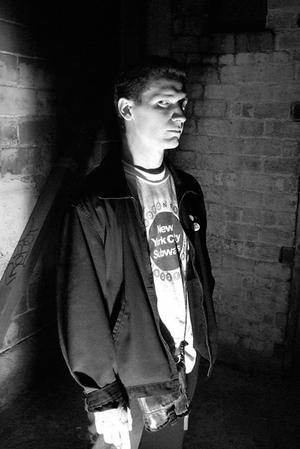