Educated in physics, physiology, music, and astronomy, Don Buchla’s multi-faceted creativity has been applied to fields as diverse as space biophysics research, musical instrument design, and multi-media composition. Much of his work has centered on the refinement of communication channels between man and machine, notably the invention of mobility aids for the visually handicapped, the development of instrumentation for bio-feedback and physiological telemetry, and the design of interactive electronic musical instruments and performance-oriented music languages. Don founded the alternative band, Fried Suck, was a founding member of the 15 piece Arch Ensemble, and co-founded the Electric Weasel Ensemble, the Muse and the Fuse, and the Artist’s Research Collective. He served as technical director of the California Institute of the Arts, the San Francisco Tape Music Center, the Electric Circus, and the Electric Symphony. He has collaborated with such luminaries as Ami Radunskaya, David Rosenboom, Anthony Braxton, David Wessel, Morton Subotnick, Peter Apfelbaum, Suzanne Ciani, George Lewis, Nannick Bonnel, and his son, Ezra. He has developed several exotic controllers that provide expressive alternatives to traditional musical input devices; recent inventions include Thunder, Lightning III, Wind, Rain, 50 Fireflies, the Piano Bar, and the Marimba Lumina. He is currently completing a major redesign of the 200 series modular synthesizer (called the 200e) and contemplating his next project. www.buchla.com 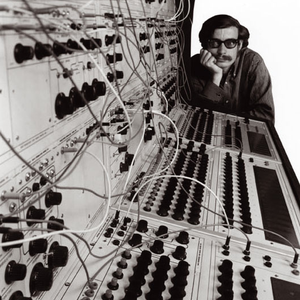