Joseph Hammer has actively created experimental works since 1980 as a member of the
LAFMS collective. His practice draws on the complexities of the process of listening and
playing, reflecting on the role of the audience versus the performer, and uses music as it
influences our notion of time, memory and intimacy as the basis for improvisation and
abstraction. In various collaborations, solo, and as a founding member of the trio Solid
Eye along with several other projects (Joe & Joe, Dinosaurs With Horns, Dimmer, Points
of Friction), Hammer has performed widely and is an influential contributor to the Los
Angeles underground scene. 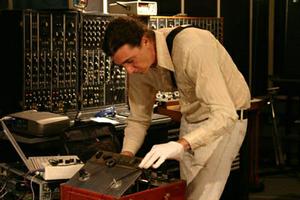