Chuck Johnson is a composer and musician residing in Oakland, CA. In recent years he has developed a versatile analog electronic performance system, worked extensively with just intonation tuning systems in composing for electronics and ensembles, and released recordings of solo acoustic fingerstyle guitar – all with an ear towards finding faults and instabilities that might reveal latent beauty. Recordings of his work have been published by Strange Attractors Audio House, Communion, Amish, Merge, and Threelobed.

Johnson has performed with Eugene Chadbourne, Frank Gratkowsi, Peter Kowald, Miya Masaoka, and Pauline Oliveros, among others. He has performed at the Hopscotch Music Festival (Raleigh, NC), Siren Fest (New York), BENT 2004 (New York), the Festival of New American Music (Sacramento), Music for People and Thingamajigs (San Francisco), and the San Francisco International Film Festival. Johnson’s credits as a film composer include scores for several feature-length films such as Brett Ingram’s award-winning Monster Road and Cynthia Hill’s Guestworker. In 2009 he received an MFA in Electronic Music from Mills College.

Johnson views his current work - both electronic and acoustic - as folk minimalism. In addition to solo performance, Johnson collaborates with Danishta Rivero in the electro-acoustic duo Blood Wedding, and he lectures in Computer Music at University of the Pacific.

His SFEMF performance will reflect recent interest in using difference tones generated by a steel guitar as a control source for analog electronics. The difference tones compete with more chaotic processes such as feedback and random voltages for influence on the circuitry, and the tension between fine-tuning and relinquishing of control creates a space for sonic entities to inhabit. 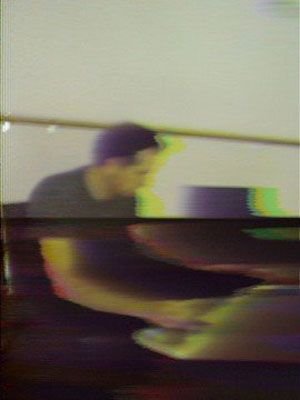