Performing professionally since age 17, native San Franciscan Matthew Goodheart has gained an international reputation as an improviser, composer, and sound artist. His works have been performed throughout the US, Canada, and Europe, and have been featured at the International Spectral Music Festival, June in Buffalo, Klappsthulfest, and The Illuminations New Music & Arts Festival, among many others. He has been the recipient of the Nicola DiLorenzo Award, the A.H. Miller Prize in Composition, the New Langton Arts Award, and a William and Flora Hewlett Foundation Honorary Fellowship.

In addition to numerous solo CDs, he has recorded as part of Zen Widow, the Glenn Spearman Trio, the Marco Eneidi Creative Music Orchestra, and Gino Robair’s “I, Norton: An Opera in Realtime.” He has performed with such luminaries as Wadada Leo Smith, Fred Frith, Pauline Oliveros, Glenn Spearman, Gianni Gebbia, Vladimir Tarasov, and Jack Wright, and works frequently with the new music ensemble sfSoundGroup. He is the founder and curator of Evolving Door Music, and has lectured and taught internationally, including Mills College, Eastman School of Music, Cal Arts, the Music Conservatory of Coimbra in Portugal, and Istanbul Teknikal Univeristy. He is presently a candidate in advanced standing at the University of California at Berkeley, where he is pursuing a Ph.D. in music composition. 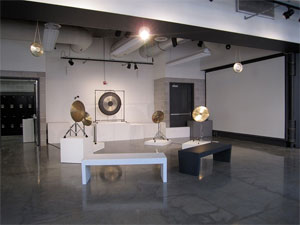