Daniel Steffey is a composer and percussionist located in the San Francisco Bay Area. His newest album of electronic works titled “Chloros” was released on Edgetone Records in which Foxy Digitalis went on to say, “It is as abrasive as it is meditative, and bold as it is voyeuristic. He has surprisingly found new meanings within noise.” In 2011, Daniel was commissioned by the Fifth Wall Gallery in Las Vegas, Nevada to contribute a solo exhibition for their inaugural opening; the resulting sound installation Sonic Trichromacy was met with critical acclaim. His work String Quartet No. 1 garnered him the Paul Merritt Henry Prize for string writing from Mills College. In 2009, Daniel also contributed the music and sound design for Helen Pau’s award-winning play “The Stone Wife”, which ran at The Berkeley City Club throughout December of that year. Currently, he is composing a series of chamber pieces, including a saxophone quartet to be premiered in Italy in August 2012.

Christina Stanley Is a bay area based violinist, composer and vocalist who holds an MFA in Music Performance and Literature from Mills College, where she studied violin with David Abel and composition and improvisation with Fred Frith and Roscoe Mitchell and won the Margaret Lyon prize for excellence in music. She also holds a BM from San Francisco State University where she received a full performance scholarship and studied violin with Daniel Kobialka, Jassen Toderov and the Alexander String Quartet. She is currently an active performing violinist, working as a solo artist as well as a member of various ensembles. Most recently, she has performed in two world premieres of works by Roscoe Mitchell under conductor Peter Kotik as well as at Yoshi’s Oakland. Her original painted graphic scores will be featured this year at the Outsound New Music Summit in San Francisco. She is passionate about working with living composers and composing new music. 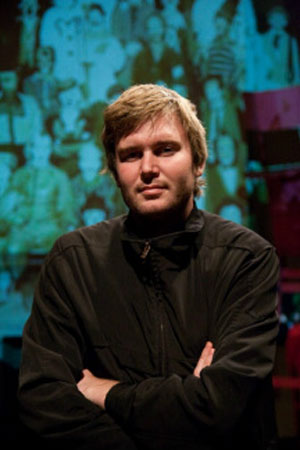 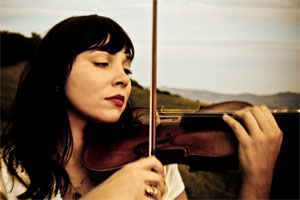