Perkis and Djll, AKA Kinda Green, present a rare airing of “lost” John Cage stories, written in his trademark stylistic melange of zen and humorous fungus. Rescued from a Bay Area public radio vault, the tapes were marked “Not for Airplay!” Listeners will wonder how Cage, a man who shared so much of himself in his music and writings, managed to hide this version of himself for so many years. Djll and Perkis will accompany the reading with a Cage-appropriate soundtrack derived from the I Ching.

Musician and filmmaker Tim Perkis is a well known performer in the world of improvised music, having performed on his electronic improvisation instruments with many of the leading free music practitioners of our time. His work has largely been concerned with exploring the emergence of life-like properties in complex systems of interaction. Recordings of his music are available on a variety of labels, including Artifact, Limited Sedition, 482, Lucky Garage, Praemedia, Rastascan and Tzadik(USA); EMANEM, Leo (UK); Sonore and Meniscus(France); Curva Minore and Snowdonia(Italy); XOR(Netherlands); Creative Sources(Portugal).

Tom Djll (trumpet and electronics) has spent over twenty years developing the trumpet’s extended techniques and integrating them with electronic sounds. His musical language incorporates complex noises and gritty, unheard textures and asymmetrical, unexpected formal structures. Tom has made a lifelong study of the art of improvised music, and has been actively performing since 1980. His current electroacoustic project Grosse Abfahrt has three international releases. Tom appears on recordings on Emanem, Tzadik, Creative Sources, Rastascan, Spring Garden, Limited sEdition, Artifact, and his own Soul On Rice label. Tom also writes about music for various publications including The Wire, Signal To Noise, Sequenza21, WFMU’s Beware of the Blog, and Musicworks.
bayimproviser.com 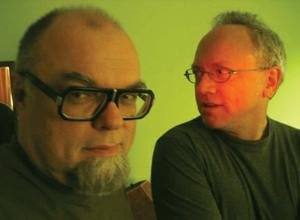