His work as a digital media artist began as a collaboration with Jeffrey Shaw for Tokyo’s ICC permanent collection, continued with several pieces for dancer-controlled music, explored multi-channel video at the Recombinant Media Labs, and recently resulted in a video screened at several film festivals and receiving the Berkeley Video and Film Festival’s Best of Show, Experimental, award. His current interest is in improvisation with audio-video objects, recycling of musical and dance performances, and creating site-irrelavant performance environments.

Sonsherée Giles
Originally from New Orleans, Louisiana, Sonsherée Giles is a dancer, choreographer, teacher and costume designer. She has toured and performed for audiences throughout the United States, Germany, Croatia, Slovenia, and Austria. She has taught contemporary dance in public school systems, university institutions and dance festivals throughout the country. She received her MFA in performance/choreography from Mills College. In 2005 Sonsherée joined AXIS Dance Company and is now the Associate Director. AXIS has become a home for her where she can continue to explore her passion for movement, push boundaries and work with extraordinary choreographers and dancers. Sonsherée has received an Isadora Duncan Award for ensemble performance of To Color Me Different choreographed by Alex Ketley. In 2010 she was honored to receive a Homer Avila Award for Excellence in the field of Physically Integrated Dance. Her dancing is indirectly influenced by a long-term relationship with the physical act of running and yoga. She makes dances that investigate movement repetition, chance operation, landscapes, art history, and daily life experiences. She has recently formed a container for her choreography called ‘this sweet nothing’ where she collaborates with a collective of artists to create intermedia dance works. 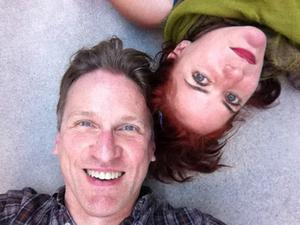