Zachary James Watkins has received commissions from Cornish College of The Arts, The Microscores Project, The Beam Foundation, Somnubutone Radio Series, the sfSoundGroup and the Seattle Chamber Players. Zachary has participated in numerous festivals including the Second Biennial SJ01, the 2009 Klankunstfest in Berlin, Germany, the 14th Annual 23Five Activating the Medium Festival and the 12th Annual SFEMF. He is a co-organizer of the Annual Music For People and Thingamajigs Festival. His 2006 composition Suite for String Quartet was awarded the Paul Merritt Henry Prize for Composition and has been performed in numerous festivals and is currently published by TouchRadio UK. His multi-media work entitled Country Western premiered in 2007 as part of the Meridian Gallery’s Composers in Performance Series and received grants from the American Music Center and the Foundation for Contemporary Arts. An excerpt of this piece is published on the compilation “The Harmonic Series” along side Pauline Oliveros, Ellen Fullman and Charles Curtis among others. Zachary received a Subito Grant to assist in the production of the evening length composition: Movable, written for piano in just intonation and a newly invented piano extension called the “Piano Monster” built in collaboration with NYC artist Ranjit Bhatnagar. Novembre Magazine, ITCH and the New York Miniature Ensemble have published his graphic scores and writing. Zachary currently lectures in the Music Department at the University of California Santa Cruz. www.zacharyjameswatkins.com 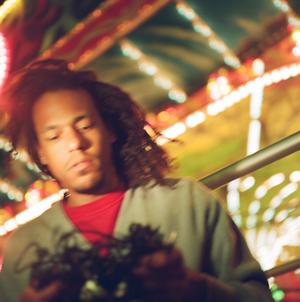